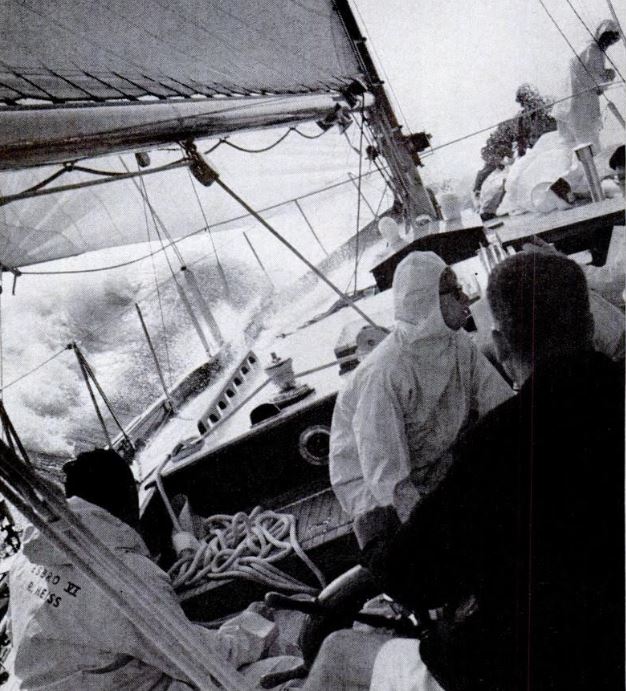 In the mid 60s, pre-war ocean racers and fast cruisers still more than held their own in the classic long distance races. This is the Spanjer brothers’ John G Alden-designed 61ft yawl ESBRO VI, slogging it out to her heart’s content during the 1965 Chicago-Mackinac Race: as reported by Popular Boating magazine’s onboard correspondent, Cal Hutchinson – two days to windward against winds of up to 22 knots and a 5 to 6ft short chop. No breathable foul weather gear in those days; her very comfortable interior would have been much appreciated.

In recent past years, as LUCIA A – and now back to IRONDEQUOIT II – this wonderful American yawl has built a racing reputation once again on the classic circuit on both sides of the North Atlantic. She’d love to get back on the race course, and will also take you and your family very comfortably ‘fast cruising’. Will you give her the chance?